The RackAmp 300 delivers 300 Watts into the 4 ohm load of one standard Triad subwoofer. Certain Triad subs can be special ordered as 8 ohms and driven in pairs by one RackAmp 300. These products include our Mini & Bronze subwoofers.

Delivering power than its predecessor for even more output and headroom than before. The RackAmp 300 will provide you with great performance right out of the box in nearly any room. 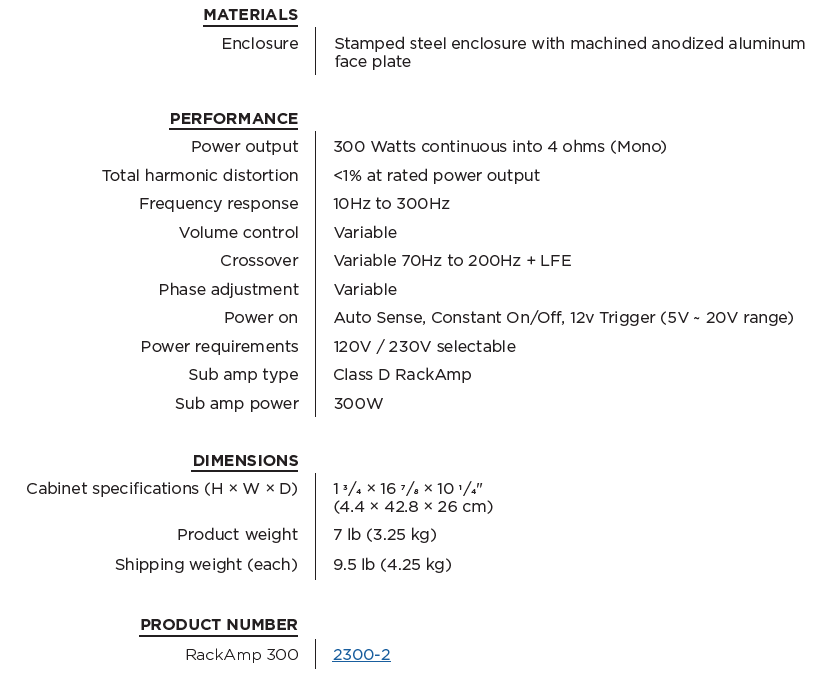