The Split Unit Gateway forms the interface between the KNX system and many manufacturers’ air conditioners (called split units). The device converts the KNX telegrams into infrared commands and transmits them to the split unit.

The transmitter of the supplied cable is bonded directly onto the split unit’s receiver. The split unit then no longer receives the commands from a remote control. Instead, it can be operated via any KNX sensors or via a visual display system. The device is put into operation with the ETS, and a free ETS app is available to select the split unit model. Auxiliary voltage is not required. 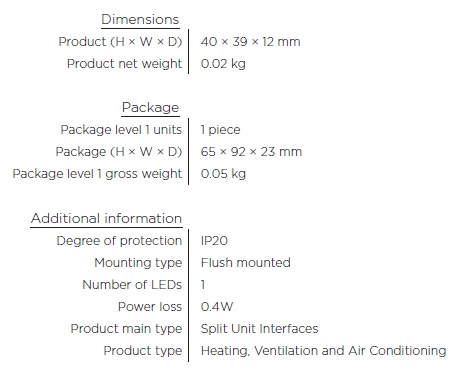